These Lebanese Spinach Pies are one of my favorite Lebanese snacks. I could eat them everyday!  Spinach pies make a perfect portable snack, you can pack them in your kid’s lunch box or eat them on the go! 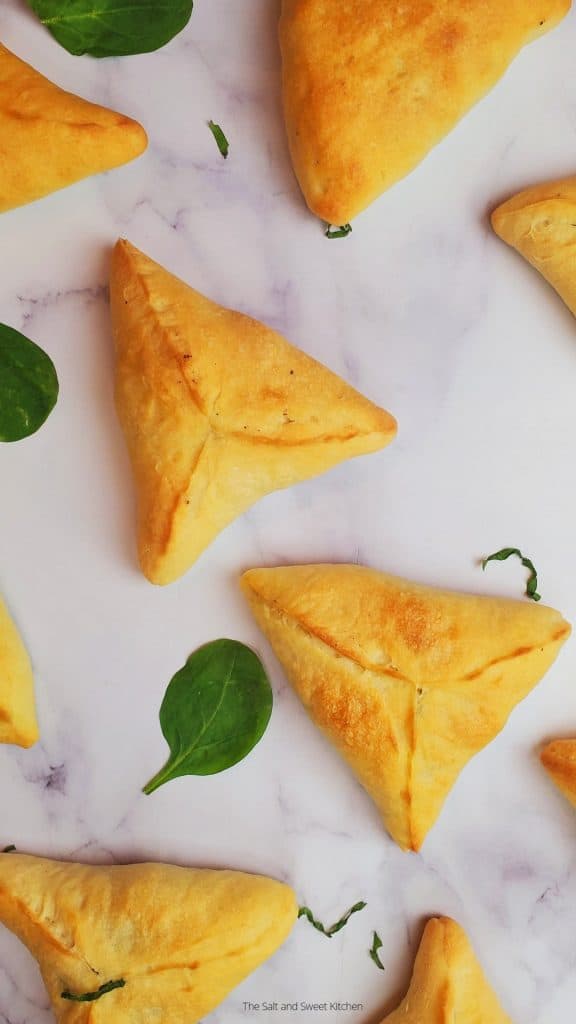 What is Lebanese Spinach Pies?

Lebanese Spinach Pies or spinach fatayer are a stable in Lebanese cuisine, made with spinach, onion, olive oil and sumac mixture baked inside a homemade dough to create a delicious vegetarian meal. These pastries are soft, tangy and delicious.  They  freeze great too!

The dough for this fatayer recipe is very easy to prepare. With just 6 ingredients, this dough requires just one bowl with a lid (no stand mixer, though you can use one if you’d like), about 5 minutes of kneading, and 3 hours to rise. For this fatayer dough, I prefer to use

The  Spinach pies filling is a combination of spinach and onions, seasoned with salt and sumac. Sumac is the basic ingredient to this recipe. You can feel free to experiment with this recipe a bit, for example by adding some feta cheese to the filling if you want. 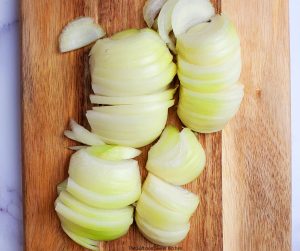 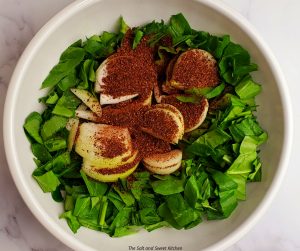 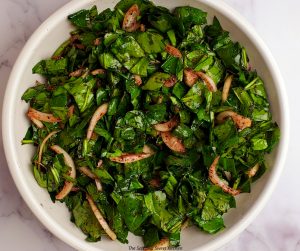 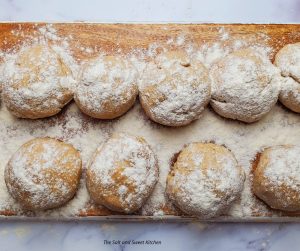 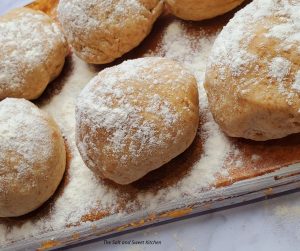 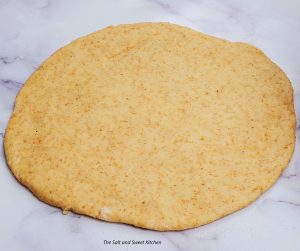 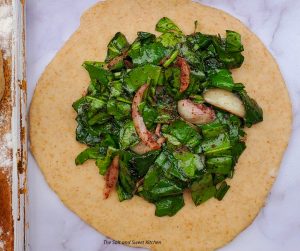 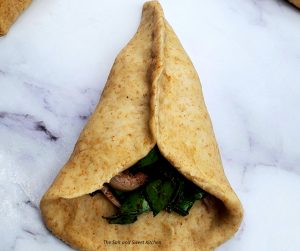 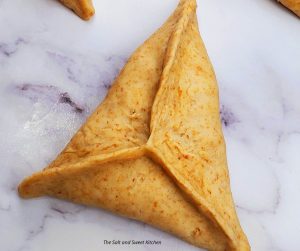 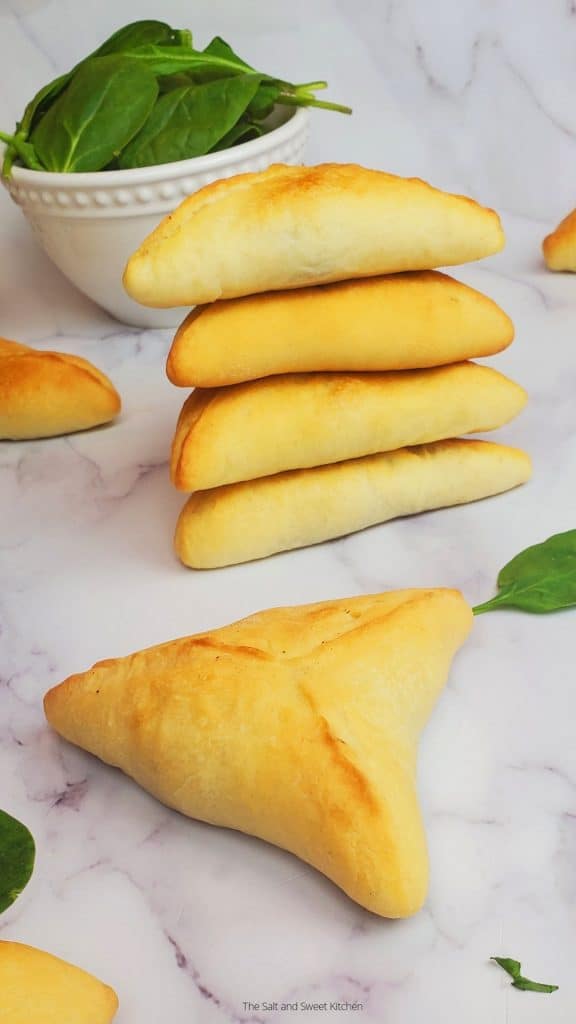 The good news is that you can make these Lebanese fatayer ahead of time, you can store in the fridge for up to 5 days in an airtight container.  They are also freezer friendly, Once the fatayer pies have been baked allow them to cool. Place in an airtight freezer safe container separating layers with parchment paper. Freeze for up to 3 months. Reheat in the oven or in the microwave before serving .

How to Serve Lebanese Spinach Pies:

These Lebanese spinach triangles also taste great both warm and at room temperature. Serve with yogurt, hummus or Fattoush Salad.

Prepare the the Spinach Pies Dough:

Prepare the Spinach Pies for Cooking:

Any leftover spinach pies can be stored in an airtight container in the fridge for around a week, or can be frozen for about 2-3 months.

If you make this recipe, then don’t forget to snap a photo and hashtag it #thesaltandsweetkitchen — I would love to see your creations on Instagram and Facebook!